Last night I went to a performance of Tchaikovsky’s opera Eugene Onegin, at the Mikhailovsky theatre, which is conveniently located near a park in the centre of town. I think the facade of the theatre is being renovated and was therefore covered, but the theatre itself give an idea of the magnificence in those non egalitarian days. A treasure. 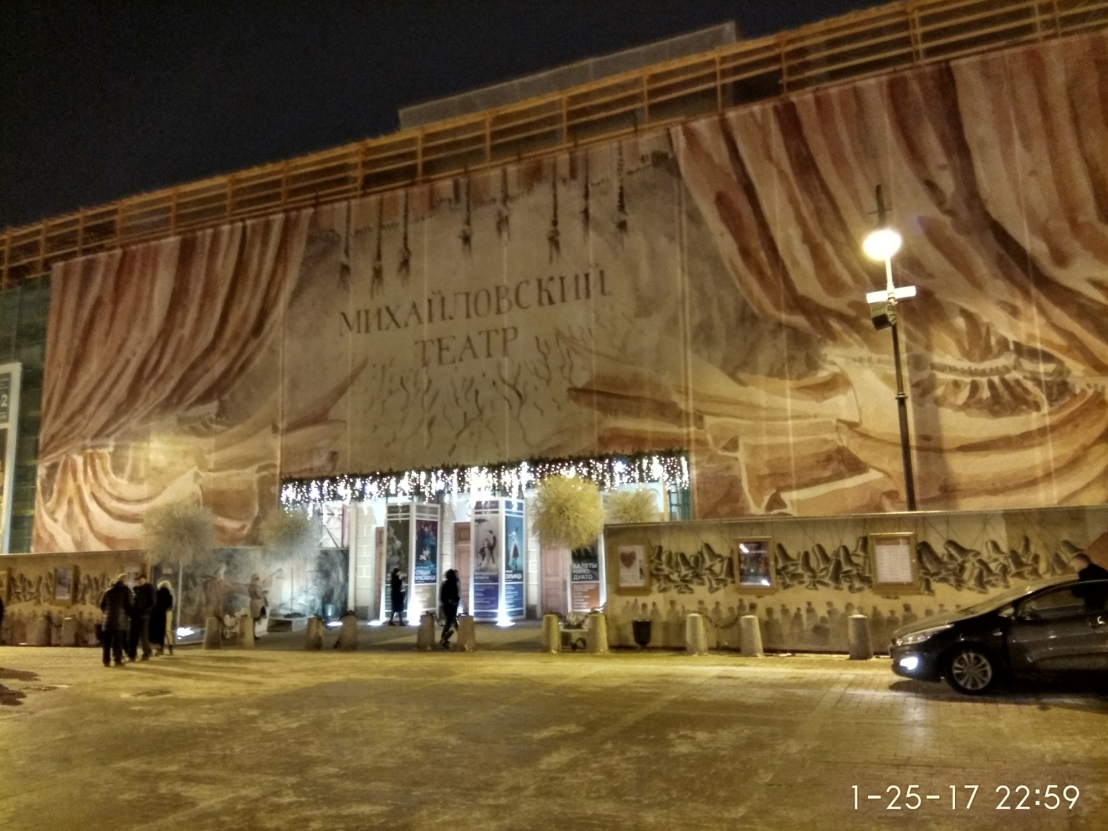 And a fortifying snack was available during the intervals

The performance itself was controversial and fairly new, by the Ukrainian Stage Director Andriy Zholdak.

The two ladies next to me did not like it, too eccentric an adaptation.

The staging was certainly entertaining, though I thought some of the symbolism of fate was a little heavy handed: all the stage and costumes were black and white, mostly white at the start, but black in the final act. Lots of spinning tops and bags of marbles. Also a fair bit of water and milk, which I didn’t understand.

I thought the biggest applause was for the good old fashioned bass solo at the start of the last act.

Still, I’m no expert. The words of the director and some video is at this link.

One thought on “Евгений Онегин”