I visited the Kazan Cathedral in the centre of St Petersburg. Sorry for the selfie, but I had to put one on the blog. 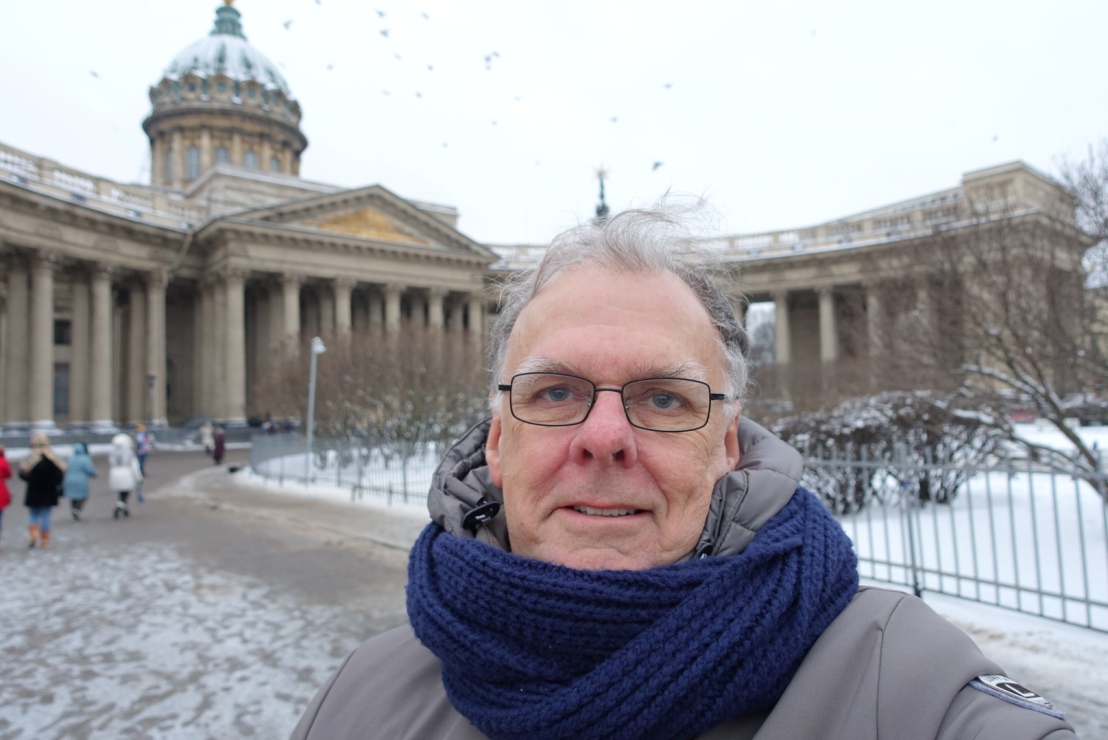 This cathedral is dedicated to Our Lady of Kazan and construction started in 1801, so it had just been completed at the start of the First Great Patriotic War. The design was based partly on St Peter’s in Rome, which was controversial.

The leader in the war, General Kutuzov, who was born in St Petersburg, asked for help from Our Lady of Kazan. He followed a controversial scorched earth policy and allowed Napoleon into a deserted Moscow, before chasing him out of Russia and defeating the  Grande Armée.  He later died and was buried in Kazan Cathedral in 1813.

After the Revolution, the church was turned into a Museum of the History of Religion and Atheism.

When communism fell, it was returned to the Russian Orthodox Church in 1996, and the faithful returned, as I saw yesterday, when I visited on a Wednesday afternoon. 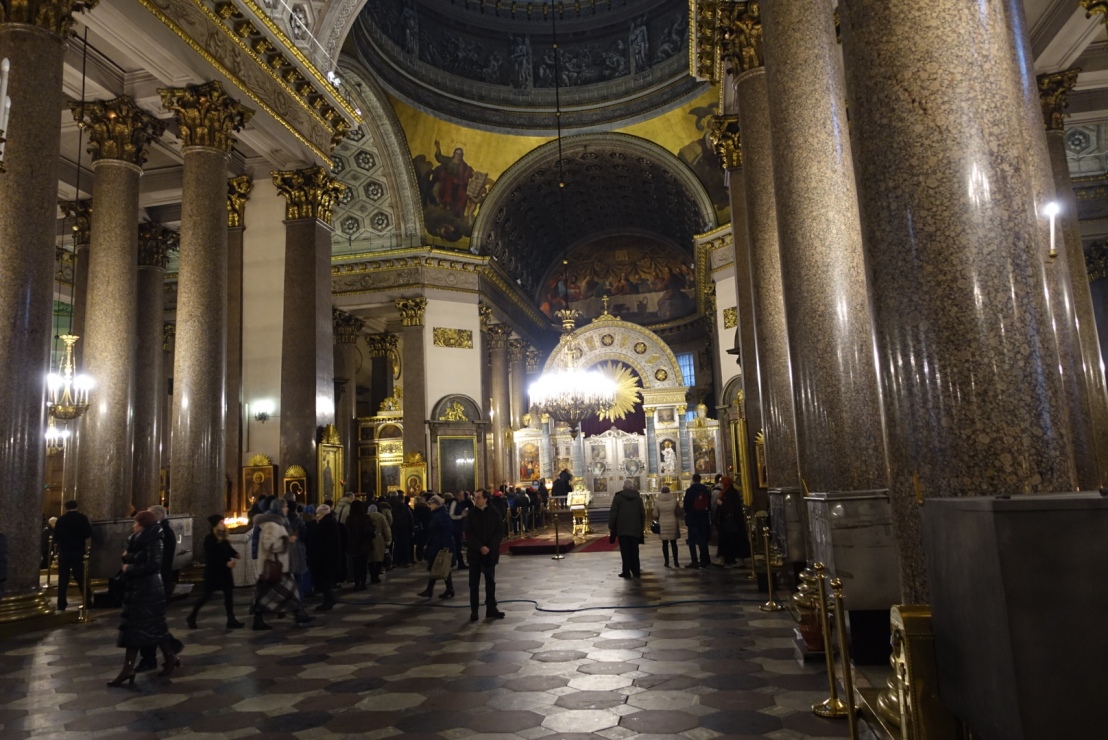 One thought on “Kazan Cathedral”